The painter of this work is named as Titian in the words written by van Dyck on his drawing of the painting now in the Pushkin Museum in his album entitled Italian Sketches. The portrait is included under this name in the inventory of his works drawn up in 1644. Until the beginning of the 20th century this attribution remained unchanged, but after that it was attributed to Sebastiano del Piombo. In actual fact it is a work by Titian – possibly from his Roman period – painted over an already existing depiction. 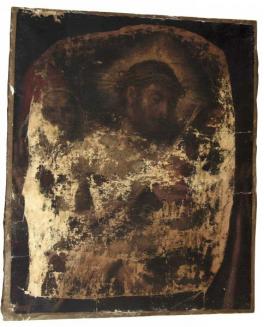 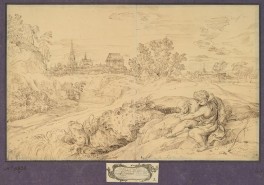 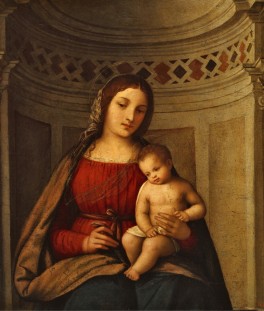 Tiziano Vecellio
copy after (?)
Madonna and Child in Niche