This picture is typical of the work of Giulio Cesare Procaccini, the most talented member of a family of Bologna painters, who moved from there to Milan in 1585. In his early years he was influenced by Correggio, Parmigianino and Rubens who was then working in Italy.

The existence of several old copies (the National Museum in Wrocław; see also, the 'Finarte' auction in Rome March 27th 1980) of the picture in the Pushkin Museum shows how well-known it was.

Room 17. Italian Art of the 17th and 18th centuries
View on the hall's virtual panorama 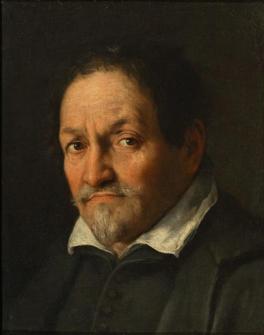