Tempera, oil on canvas
199×148 cm
Carmelite Monastery, acquired from the Carmelite Monastery by a Frenchman, Giraldon, living in Venice in 1799, sold to Count S. G. Stroganov in 1856, donated by the heirs of Count P. S. Stroganov to the Hermitage in 1912
Ж-2681
Main Building

This altarpiece was painted for the Carmelite Monastery in Venice and it was held in the chapter-house there, where it was mentioned by Boschini, Zanetti, and Federici. The Carmelite monk, depicted on the right, is thought by several scholars to have commissioned the work and should be interpreted as St. Albert of Trapani. 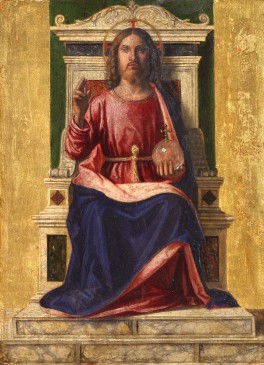 Before 1505. Tempera on wood, goldplating
Paintings 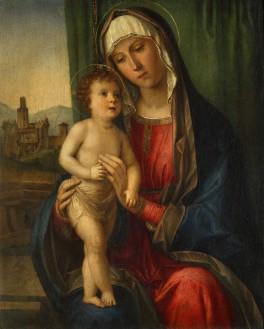 Turn of the XV-XVI century. Oil on canvas
Paintings 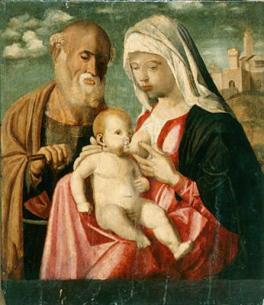