This work with three other canvases from the Pushkin Museum (Inv Nos. 47, 2683, 271), ten from the Hermitage and one from the Alupkinskii palace-museum forms a series of 15 compositions depicting views of Dresden and Pirna executed by Bernardo Bellotto between 1747 and 1755 as commissions for Count Heinrich von Brühl, Minister for the Prince Elector of Saxony, elected King of Poland - August III. There are repeated variants of the so-called Royal Series painted by Bellotto for August III himself to be found in the Dresden Picture Gallery.

Room 17. Italian Art of the 17th and 18th centuries
View on the hall's virtual panorama 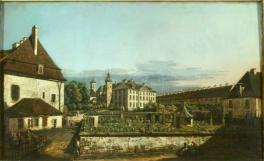 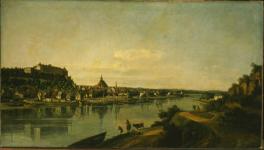 Bernardo Bellotto
View of pirna with the fortress of Sonnenstein

Bernardo Bellotto
View of pirna from the fortress of Sonnenstein 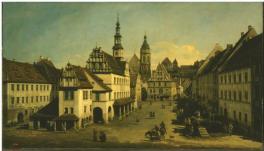 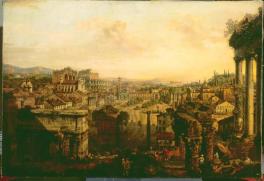 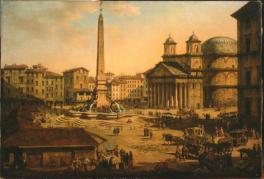