The landscape was painted in the fishing village of Ille-et-Vilaine in the bay of Saint Briac on the north coast of Brittany and forms part of a series of four paintings known as The Sea (the other three are in private collections in Europe and the United States). The cycle was conceived as a kind of suite, not only pictorial, but also poetic and capable of arousing musical associations. This explains why each picture in the series is numbered on the front like a musical composition. The Saint Briac landscape bears the inscription "Op. 212" suggesting that it was the last in the Sea series. In 1891 the whole series was displayed at an exhibition of the Association of Northern Symbolists XX in Brussels and the Indepéndants in Paris. 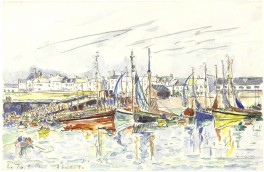 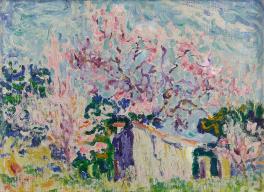 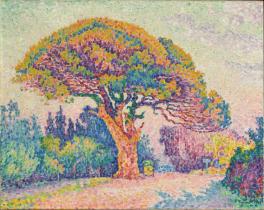 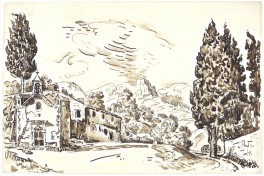