The picture was painted in September 1888 in Arles, a town in the south of France, where Gauguin went at the invitation of his friend Vincent van Gogh. It shows the interior of a café in the station square opposite the house where Van Gogh lived. In the foreground is the café owner's wife, Madame Ginoux. The bearded man with a cap on his head sitting at the table with three Arlesiennes is the postman Roulin (known from portraits by Van Gogh). This canvas, based on the harmony of large areas of colour, is a clear illustration of the principles of Gauguin's new pictorial system, which he called "synthetism" and which was developed further in his Tahitian works. 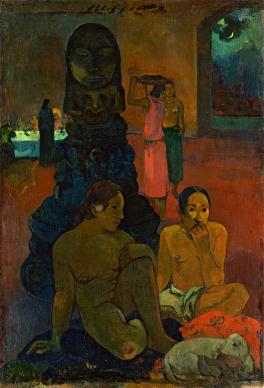 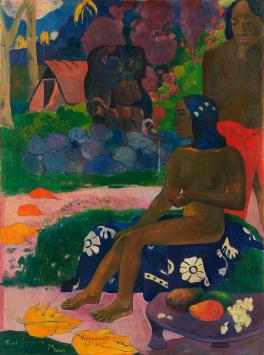 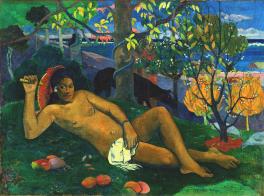