Antonin Proust (1832-1905), the uncle of the famous writer Marcel Proust, studied with Edouard Manet at school and in Thomas Couture's studio. Manet became a close friend of Antonin, who gave up the idea of being an artist and became first a journalist and critic and then a politician of the Third Republic who held the post of Minister of Fine Arts for a year. After Manet's death in 1883 Antonin Proust organised an exhibition of his friend's work in 1884 and published a book of memoirs about him. Manet painted Proust many times between 1877 and 1880. This is how Proust recalls the session: "He wanted to paint my portrait on a white, non-primed canvas in a single sitting. After spoiling seven or eight canvases, he managed to paint it straightaway in one session." The portrait here may have been one of the unfinished studies. 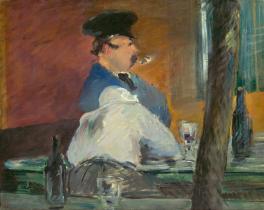 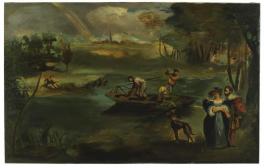 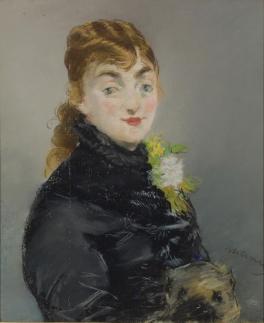 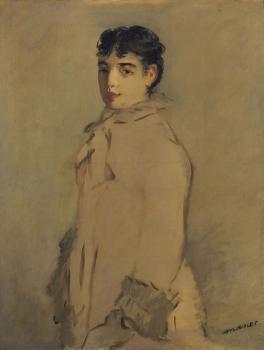