The picture Builders appears to be one of the central compositions in the range of monumental panel pictures, executed by the painter at the beginning of the 1950s. Leger commented it like that: "The idea came to me on the way to Chevreuse. Three high-tension towers were being constructed near the road. Working people were hulking on them. I was struck by the contrast between these people, metal architecture, clouds and the sky. People were so small, as if lost in this strict, severe, hostile ensemble, - this, what I wanted to show. With accuracy I emphasized the sculpturesque combination of men's figures, the sky, clouds and the metal." Bright, active coloring combined with generalized forms assign special decorative significance to the composition. It was used by Fernand Léger not once: the easel painting, the monumental panel picture, several variations of drawings and colored lithography were created on the basis of it. 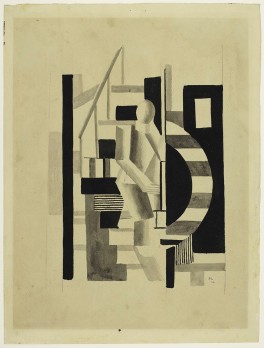 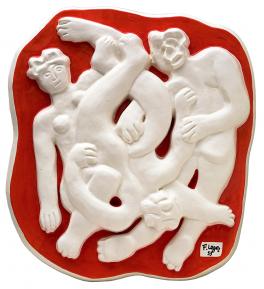 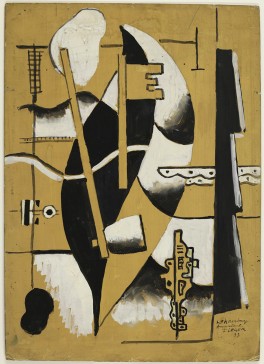 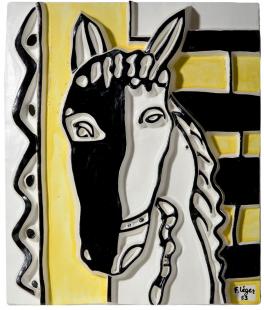 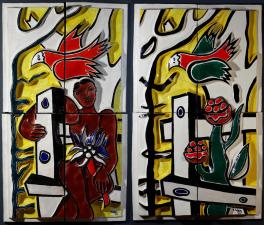 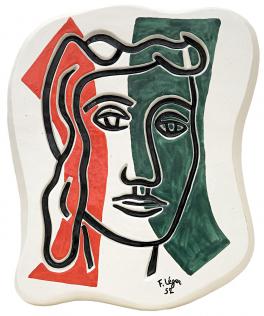 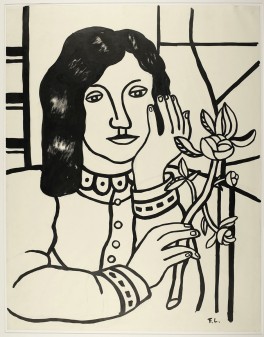 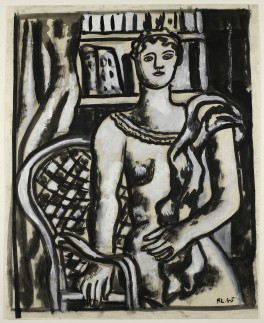 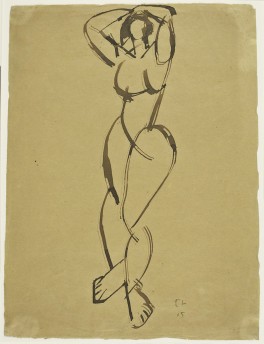 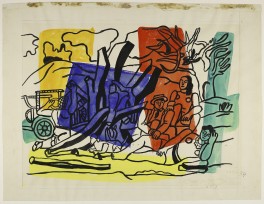