Corot often visited the castle of Pierrefonds not far from the River Oise. This feudal stronghold, founded in the eleventh century, was placed in the care of the state in 1812 and restored by the celebrated architect and mediaevalist Violliet le Duc in the late 1850s and early 1860s.
The figures in the foreground, which are executed in a free, sketchy manner, are not juxtaposed to the landscape, but form an organic part of it. Their mediaeval dress makes it possible to classify this work as a history painting, a genre to which Corot rarely had recourse. 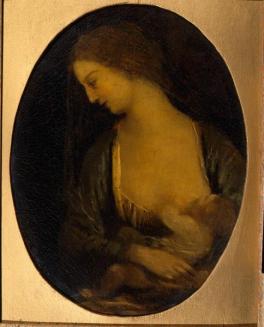 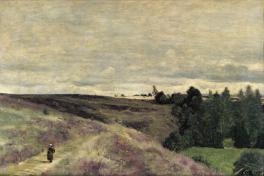 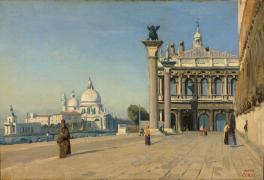 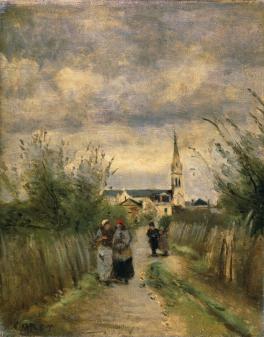 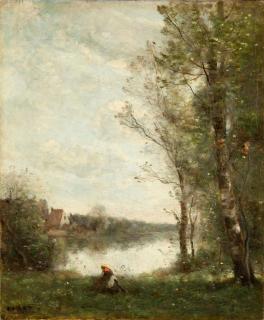 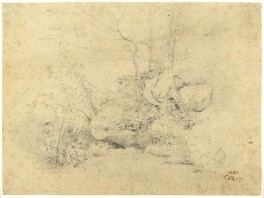 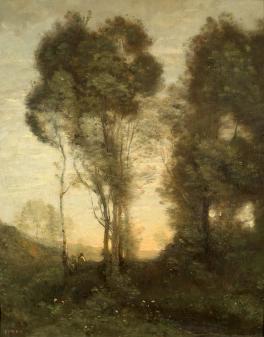 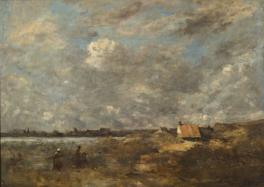 Circa 1870. Oil on canvas
Paintings 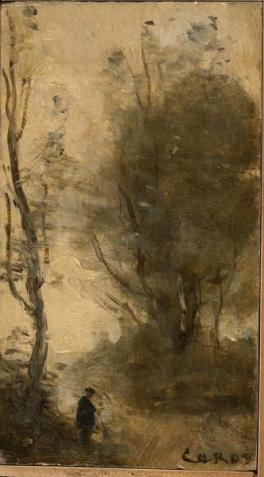 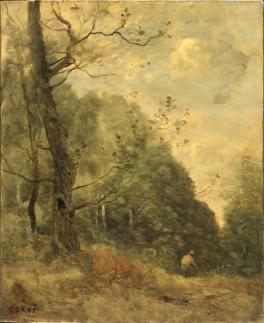 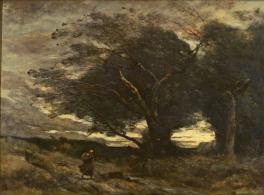 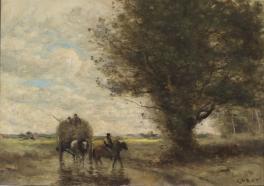