Robert Rafailovich Falk, from whom Richter took a few lessons, once said to me: "If he was not a great pianist, he would have been a wonderful artist".

"He drew solely on impression and memory: he had some kind of worked out notions of space, distance, perspective, and his sense of tone and color was just exceptional one. But his most surprising feature was his instinct of movement. It probably has to be a typical feature for the musician ... His memory was a phenomenal one. And the same was imagination. It is clear that without the incredible imagination he could not imagine the idea of the composer about the thing on which he was working". 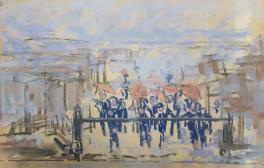 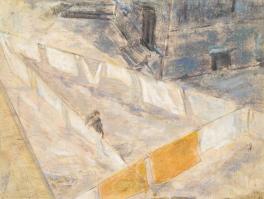 Richter Svyatoslav Theofilovich
Yard with laundry hanging on a clothesline 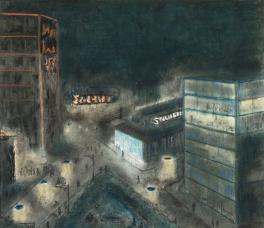