In The Framework of the Summer Program of the Pushkin Museum Quarter and My.com

The exhibition is closed for visitors on Monday and Tuesday.

The Pushkin State Museum of Fine Arts presents the first project of its newly established Department of Film and Media Arts. The exhibition ‘House of Impressions. Classic and Contemporary Media Art’ in the Museum Quarter of the Pushkin State Museum of Fine Arts represents a collection of 19 artworks of outstanding video and media artists of the 20th and 21st century. The project is dedicated to the collision of the past and the present, the innovative processes, which occurred in the 20th century and were related to the ‘liberation’ of artistic tools and media. The Museum invites visitors not only to the space of the old Manor, but also into the space of installations created by taking into account the genio loci.

Today’s art strives to go beyond not only the picture frame, but beyond the space of the screen. Amongst all the features of the works in ‘House of Impressions – Classic and Contemporary Media Art,’ this is one of the most important ones. Moreover, in the 21st century a museum does not need to be absolutely quiet – our sight, hearing and movement through the museum display are the means of our perception; from the retina of the eye to a tactile sensation – this constitutes the process of immersion into the image.

The future of the Golitsyns’ Manor is now linked to the Pushkin Museum. Reconstruction of the Manor will be launched in a few months’ time, and upon its completion, the site will operate as a Museum of Impressionism, which will include a significant portion of the Pushkin Museum’s collection. The exhibition ‘House of Impressions – Classic and Contemporary Media Art’ will be the first museum project to be held within these walls.

Despite the fact that the word ‘impression’ has a clear link to the same French word and the experiences of the Impressionist painters, a direct dialogue with them is not the main goal of this project. Rather, their experience is important as a starting point of a journey – a journey towards comprehension of a new experience of perception of the human world, in which visual images plus tactile and auditory experiences are inextricably linked with the process of learning.

The theme of ‘new sight’ or ‘new vision’ was one of the central concerns of the art of the avant-garde of the 20th century. It was associated not only with artistic discoveries, but perhaps above all, with the rapidly changing environment around an individual person. Art in the age of modernity, rejecting the rational, geometrically accurate perspective of Renaissance invention, attempted to return to the 'natural' model of vision, discovering it again in archaic or naïve works of art, or experiments, such as those of Michael Matyushin, with their ‘extended looking’.

Art helps us understand the ‘invasion’ of electronic media in the most familiar, basic relationship between the body and the visible world – our notion of this world and the language used to describe it. Not surprisingly, this transformation of relationships requires a transformation of art spaces, the emergence of 'hybrid media', to recall Lev Manovich's term.

Golitsyns’ Manor is a site in which at least three centuries and very different cultural spaces intersect. Built in the 18th century as a Moscow manor for heirs of an old family lineage, Golitsyns’ Manor was later transformed into the first Public Museum of Curiosities and Fine Art – even before the existence of the Museum of Fine Arts, founded by Ivan Tsvetaev. Until recent times, the Manor housed the Institute of Philosophy.

The logic of the space dictates the logic of not only the installation, but also the whole exhibition. Given that the display includes classic video art of the 1950s – 1970s, it is not laid out in chronological order. Rather, we suggest to the audience routes which they may choose for themselves. The educational program will be devoted to changes in the history of mankind thanks to the technological progress of the 20th century. However, perhaps the expression ‘thanks to’ is not the most appropriate one. Many of the artists exhibiting consider these changes with a critical eye. However, ‘House of Impressions’ does not promise to answer all these questions; rather, we aim to ask questions and to consider possible answers together.
There is no longer a place for linear narrative. Spatial and temporal bonding, which exists in the mind of the artist now affect the image itself, becoming part of the perception of the image. A linear and consistent way of perceiving the world is changing simultaneously, and we begin to understand the image as something multi-sensory, that affects all the senses.

The exhibition is organized in partnership with My.com – the international brand of Mail.Ru Group, major Russian Internet company.

‘We are delighted that our partnership with the Pushkin Museum of Fine Arts starts with such a unique project – “House of Impressions”. As the major Russian technological company, we are highly interested in the subject matter of infiltration of modern technologies and digital media into contemporary art. We are sure that this summer the “House of Impressions” will become a new platform of discussion of the way that technologies change our world’ – commented Dmitry Sergeev, Deputy CEO, Mail.Ru Group.

An educational program conceived for the exhibition explores changes in the history of mankind thanks to the technological progress of the 20th century. However, perhaps the expression ‘thanks to’ is not the most appropriate one. Many of the artists exhibiting consider these changes with a critical eye. However, ‘House of Impressions’ does not promise to answer all these questions; rather, we aim to ask questions and to consider possible answers together.

The content of the program is based on the principle of mosaic-like structuring of statements around one of the subject-matters. The audience will be invited to discover the labyrinth of impressions creating their own story by connecting different statements and thoughts.

Each session of the educational program will consist of public talks by theorists and practitioners of media Art. The themes explored by the artists in the exhibition are in the center of attention (sensorics, thinking through images, inner acoustics, cinema as philosophy, physiology of sound, tactility, the effect of presence, technology as a ‘new eye’, effect of new media).

Tours with the curator:
June 15th, 5 p.m. “The invasion of modernity in a classic space. Cultural shock or historical pattern”.

If you wish to take part in the exhibition tour, please register online and pay the admission fee at the ticket office. 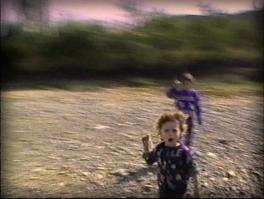