On October 24, 2017, the first-ever exhibition of the work of Chaïm Soutine (1893–1943) in Russia will open at The Pushkin State Museum of Fine Arts. A Russian-born French artist, Soutine was a leading representative of the School of Paris. The artist’s oeuvre combined elements of old European painting with new trends in art and united the European and American schools of painting.

Chaïm Soutine was born in the small Jewish town of Smilovichi near Minsk and studied in Vilnius before moving to Paris in 1913. There he initially lived in the artists’ residence “La Ruche”. Subsequently, he met and became friends with Amedeo Modigliani, who took a great interest in Soutine. The year 1923 marked a turning point in the artist’s life. Soutine’s work came to the attention of the American collector Albert Barnes. Stunned by the artist’s “The Little Pastry Chef”, Barnes exclaimed that he had at last found the artist he had been looking for. Barnes bought 52 of Soutine’s works from the art dealer Leo Zborowski, who was working with Soutine at the time. The paintings were displayed the same year at an exhibition in Paris and at the Pennsylvania Academy of the Fine Arts. Barnes brought Soutine fame and material prosperity. Soutine became a leading artist on the European art scene in the 1920s and 1930s and was mentioned in the same breath as Picasso and Matisse at the time.

The exhibition “Chaïm Soutine. Retrospective” is the first Russian retrospective of the work of this unique artist. “Soutine is an artist with an extremely lucky and difficult fate. His artworks were highly valued during his lifetime and were not forgotten after his early death. There are not many artists in the world that had 30 exhibitions during their lifetime and about one solo exhibition a year after their death. Chaïm Soutine is an artist who is increasingly attracting the attention of researchers, curators and collectors with each passing year,” says Marina Loshak, Director of The Pushkin State Museum of Fine Arts. 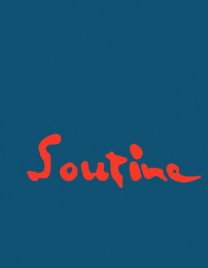 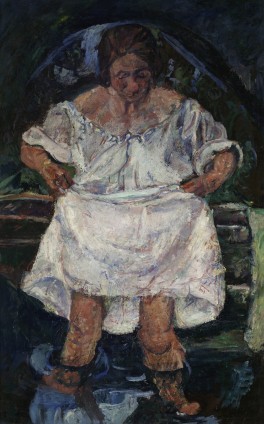 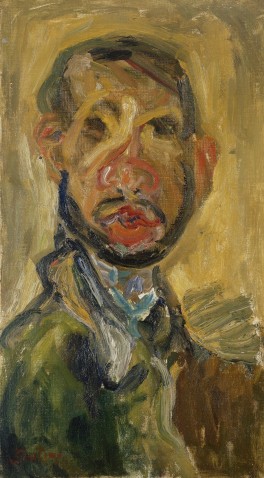 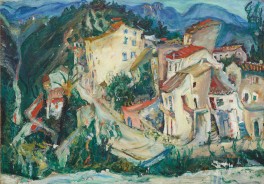 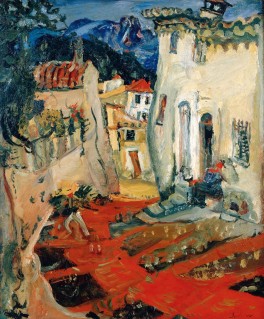 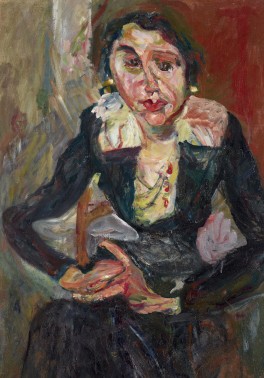 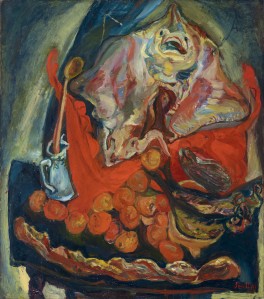 Soutine’s paintings are suffused with the spirit of 17th-century French painting and show a clear admiration for Rembrandt’s art. According to exhibition curator Suria Sadekova, the artist possessed a unique ability to discern the main revolutionary ideas of different schools and epochs: Chardin was important to him for his revolution in the still-life genre, Fragonard for his “tactile” brushstrokes, and Poussin for his harmony of composition, complex drama and pure colour. And he was certainly dazzled by Rembrandt, who united a sense of the divine with material objectivity and made painting tangible without depriving it of its magic.

The incredible expressiveness of Soutine’s paintings and his dramatic palette inspired subsequent generations of American and British artists. Francis Bacon, Frank Auerbach, Jackson Pollok, and Mark Rothko all studied Soutine's artistic technique and his unique manner of superimposing paints on canvas, composing colours layer by layer, accumulating them, combining them into a single ensemble, and turning the agglomeration of numerous colour layers into sensual and hyperemotional painting. “The artists and art critics of postwar New York considered him to be a visionary and a pioneer of a new art movement and the forerunner of de Kooning and Pollock. The latter reread Soutine’s work by blowing it up and bringing it closer without contorting it. From this standpoint, Soutine’s art was abstract in its details, while the huge canvases of abstract expressionists were close-ups of it,” says Claire Bernardi, curator at the Musée d'Orsay.

“Soutine’s work is based on European art, mostly French and Dutch. Nevertheless, Soutine was an innovator: his artistic career was unique among contemporary European painters. He simultaneously explored European culture, studied the history of painting, and created his own language and style.  It was his authenticity, primitiveness and even naïveté that had not been tarnished by the history of visual art, and overt emotionality that appealed to American artists. The emotional language of Soutine the neophyte was closer to them than the complex language of European artists that had centuries of civilization behind them. For American artists, he seemed to be one of them, showing them the shortest way of understanding European art and helping them to choose their own artistic approach. Soutine managed to grasp the direction in which one needed to think and work without turning into a slave of such knowledge. Full of fears and complexes in life, he was absolutely free in his work,” says Suria Sadekova, the Russian curator of the exhibition.

The exhibition “Chaïm Soutine. Retrospective” is yet another example of the close partnership that has arisen between Russian and French museums in recent years. Although The Pushkin State Museum of Fine Arts and the Musée d'Orsay have been connected by strong ties for many years, the Soutine exhibition is their first major joint project and the first joint work between curators from the two museums. “With this exhibition, we have opened a new chapter in the history of our museum: it is the beginning of a new stage of cooperation and scholarly interaction with our longtime partner, the Musée d'Orsay. We intend to develop and deepen our collaboration in different fields, not just joint exhibition projects,” says Marina Loshak, Director of The Pushkin State Museum of Fine Arts.

“Thanks to the farsighted acquisitions of the art dealer and collector Paul Guillaume, the Musée de l'Orangerie has an outstanding collection of Chaïm Soutine’s works today. It is the biggest collection in the world along with the collection of the Barnes Foundation in Philadelphia. It is therefore no surprise that The Pushkin Museum joined forces with the Musée d’Orsay and the Musée de l’Orangerie to hold the first large-scale exhibition of the artist’s work in Russia. The result of this cooperation is the exclusive loan of 20 works from the Musée de l’Orangerie to the exhibition and the joint work of curators from our two museums,” noted Laurence des Cars, Director of the Musée d’Orsay, in her preface to the exhibition catalogue.

The exhibition includes over 60 works: paintings by Soutine himself, canvases by old masters that influenced him, and works by contemporary artists that were inspired by his art.

Russian viewers will get to see masterpieces of classical, modern and contemporary art from such major French museums as the Musée de l’Orangerie, the Centre Pompidou, the Musée d'Art Moderne de la Ville de Paris, the Louvre and the Musée de Picardie. The exhibition also includes works from the Beyeler Foundation in Switzerland with an early abstract painting by Mark Rothko and a 1969 painting by Francis Bacon and the Tate Gallery in England with paintings by the outstanding contemporary British artist Frank Auerbach. In addition, it presents over 20 works from first-rate Russian private collections, some of which are quite well known: “Carcass of Beef” (1924), “Siesta” (1934), “Woman Entering the Water” (ca. 1931) and “Chicken Hanging against a Brick Wall” (ca. 1927).

Taking up several rooms of the Main Building of The Pushkin State Museum of Fine Arts, the exhibition consists of three sections: Portrait, Still Life, and Landscape. In each section, visitors will see paintings by Soutine himself, canvases by old masters, and works by outstanding contemporary artists.

A major educational programme will accompany the exhibition.

Visitors can use a free audio guide that is available on the IZI.travel application.

Suria Sadekova, Head of the Department of Educational and Exhibition Projects, The Pushkin State Museum of Fine Arts

Sponsor of the exhibition 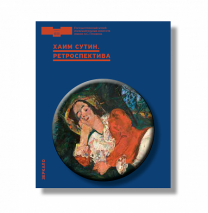 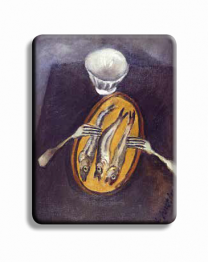 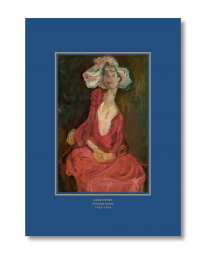