The Muses of Montparnasse

The Gallery of 19th and 20th Century European and American Art of The Pushkin State Museum of Fine Arts will present an exhibition, dedicated to the legends of Montparnasse district in Paris — women who gave the tone to a brightest epoch.

Most exhibits were provided by European and American private collectors and will be shown in Russia for the first time. The exhibition partner is the Friedrich Naumann Foundation For Freedom.

In total, the exhibition will feature more than  50 paintings, nearly 100 drawings, approximately 20 sculptures, over 20 works of applied art and over a dozen of fine art photographs along with archive documents and materials. Many exhibits are kept in private collections.

In the free and liberated spirit of Montparnasse, the talents of female artists and models, writers, collectors, and bright socialites easily found the ways of self-realisation. This exhibition will tell the story of the most important, well-known and undeservedly forgotten figures of the Montparnasse art scene at the dawn of the 20th century.

In the final decades of the 19th century, Paris was a unique place where women, seeking to find self-realisation in art, could get art education. While public institutions were accessible to men only, private schools, or academies, opened special  classes for women. The graduates of those educational institutions played a vital role in the glory of Montparnasse as the centre of modern art. Among the female students of Montparnasse academies in the 1900s –1910s were future creators of Russian avant-garde. The works by Aleksandra Ekster, Lyubov Popova, Marie Vassilieff and a unique sketchbook with student drawings of Nadezhda Udaltsova open the exhibition.

Along with painting schools, Montparnasse embraced private academies – Académie Colarossi and Académie de la Grande Chaumière, where the young women were taught the basics of sculpture art. These two educational institutions were once the alma mater for such well-known masters as Camille Claudel, Anna Golubkina, Vera Mukhina and others. Their works as well as the works of other Montparnasse sculptors will be displayed in a separate exhibition room resembling a sculptor’s studio.

Sisters-in-brush served as the role models of solidarity to their male colleagues. Phrase “female art” meant not only creative opportunities but also mutual support. From the 1900s to the 1930s, the most prominent Parisian salon artists were Romaine Brooks, Jacqueline Marval, Marie Laurencin, and Tamara Łempicka, whose works will become a core of the whole exhibition.

The next room will transfer us to the atmosphere of the famous studio at 21 Avenue du Maine, owned by Marie Vassilieff. Everyone in Montparnasse knew that place, and its hostess seemed to be present everywhere at the same time. At celebrations she was expected as a dancer, life and soul of the party and even a fortune teller, extravagant and unpredictable. At art exhibitions, her bright and somewhat straightforward style of paintings and collages was highly valued.

In 1924, Sonia Delaunay opened her own studio, Atelier Simultané, in Paris. Alongside painting and graphic art, the artists soon attended to design and fashion. In the fabrics, garments and interior design items created by her, the aesthetics of avant-garde was combined with the eye-catching decorative patterns. This hobby became her life’s work and the source of income. The Atelier Simultané was the place where women of nobility and intellectual elite, actresses and film stars sought to be dressed up.

The core of the artistic Montparnasse was the intersection of the Boulevard Montparnasse and Boulevard Raspail – Carrefour Vavin. From the first years of the 20th century, art cafés appeared here, and the most famous one was Café de La Rotonde. One could spend hours here with only one cup of coffee, whereas the walls of the place were covered with drawings, often accepted as payment instead of money. That was the place to make bets and build careers, fall in love, gain and lose glory. La Rotonde became the centre of the new Babel at Montparnasse. Many of its clients, such as Jeanne Hébuterne, Kiki de Montparnasse or Yuki, turned into living legends.

When, in the late 1920s, the world shuddered with an economic crisis and totalitarian regimes started to gain strength, the carefree feast at Montparnasse came to an end. The Surrealists managed to capture the anxious atmosphere of the time in the most sensitive way. The final part of the exhibition, “Leaving Montparnasse”, tells a story about the women participants of the Surrealists movement — Claude Cahun, Leonor Fini, and Dora Maar.

Our goal was to bring together the brightest images of those who in the 1900s – 1940s set the role of women in various areas of art, and to show them in  the most vibrant centre of attraction of the time — Montparnasse district in Paris. It was at this time and in this place, through debates and rivalry, mockery and misunderstanding, that the basics of our today’s perception of the woman in art were gradually formed. 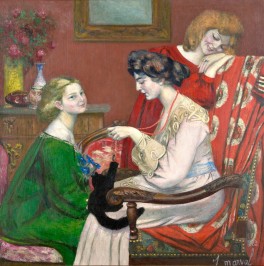 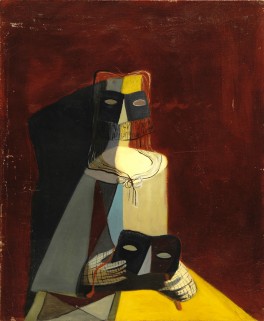 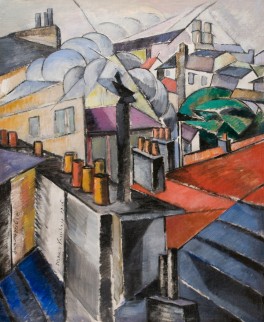 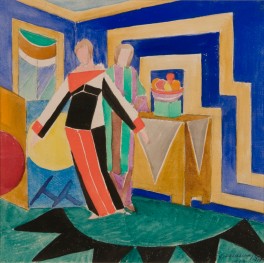 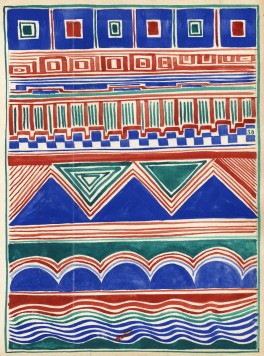